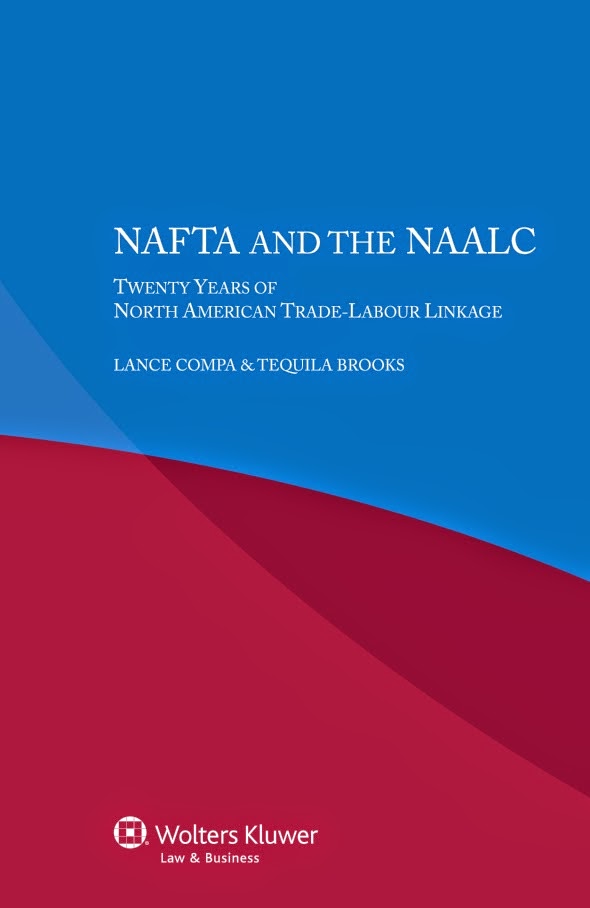 The 20th anniversary edition of the NAFTA and NAALC monograph in the International Encyclopaedia of Laws, Labour Law and Industrial Relations by Lance Compa and Tequila Brooks provides an up-to-date retrospective on all of the citizen petitions filed under the NAFTA labour side agreement since 1994. The monograph includes early petitions filed about trade union rights at the Honeywell and Echlin plants in Mexico, the McDonald's case in Canada and the Washington Apple and DeCoster Egg cases in the United States as well as more recent petitions filed about migrant worker rights under the H-2A and H-2B visa programs in the US. In addition to being the most complete compilation of NAALC cases in existence today, NAFTA and the NAALC Twenty Years of North American Trade-Labour Linkage outlines the internal mechanics leading to the filing of a 2000 NAALC petition with the Government of Mexico about unequal treatment of migrant workers in the US, and describes changes in the treatment of petitions by US, Mexican and Canadian authorities over the last 20 years. It also contains a chapter that compares the NAALC to the OECD Guidelines for Multi-National Enterprises and highlights recent North American cases filed under the OECD Guidelines including the relatively lesser known 2004 Yucatan Markey Tex-Coco Tex petition which was dual filed under both mechanisms. Finally, the 20th edition introduces a new chapter that compares labour provisions in US and Canadian free trade agreements negotiated since 2000 and discusses recent labour petitions filed under the US-Central America-Dominican Republic Free Trade Agreement (CAFTA-DR) and US free trade agreements with Bahrain and Peru.
February 2015, 200pp, softcover
ISBN: 9789041160102

To purchase a copy, find it at
Posted by Tequila Brooks at 8:43 AM No comments: