Great news for people like me who primarily read e-books.
Posted by Tequila Brooks at 8:27 AM No comments: 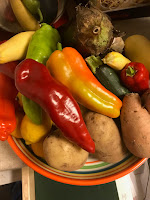 My latest piece in Regulating for Globalization on the recent report issued by the Mexican government on sex discrimination in US work visa programs maps North America's transition from NAFTA and NAALC to USMCA / T-MEC / CUSMA on July 1, 2020 through a report issued by the Government of Mexico in response to a 2016 labor petition filed under the NAALC.

The excellent petition filed by the bi-national organization Centro de los Derechos del Migrante (CDM) was both ground breaking and perfect for resolution under a regional agreement like NAALC or USMCA given the cross-border nature of recruitment and hiring under the US agricultural H-2A, low wage H-2B, and other US work visas, including the NAFTA T-1 visa for professional workers.  The companion petition filed by UFCW Canada about sex discrimination in recruitment for Canada's binational Seasonal Agricultural Worker Program (SAWP) was similarly ground-breaking. Some articles and commentary on the petitions include:

While it does not appear as though a report has been released in response to the UFCW Canada NAALC petition, an early report from UFCW Canada indicated that the union was able to obtain a positive outcome from Mexico's national anti-

Social Protection - STPS) agreed to eliminate gender discrimination by 2021 (Galvez, Godoy & Meinema, 2019, p. 205). Nevertheless, they note in their 2019 book chapter that the percentage of women in the SAWP has not increased since the original petition was filed.

Posted by Tequila Brooks at 8:09 AM No comments: